As in most winegrowing zones, in Catalonia amateur wine tasting is an activity not only to be done individually or around a dinner table. There are many options, from the private wine tasting group or visit to small cellar, to the public wine exhibition with thousands of wine lovers.
My general position in this case is, yes, I like to attend these exhibitions. It is a good opportunity to: 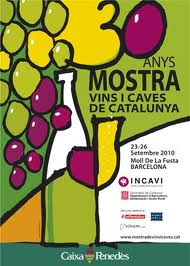 The extent to which these three activities can be done depends on several variables: cost of the fee, popular appeal, and focus of the exhibition. In the very popular, unfocused events like the Mostra de Vins i Caves de Catalunya (Catalonia Wines Exhibition), held annually in Barcelona, the selection of wineries is not very rigorous, being official and, therefore, political. Also part of the large numbers of people who attend are not always interested in the quality of the offerings but rather in its alcoholic content. Catavins in Sabadell is less crowded and with a better selection. 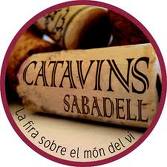 However, often this bigger exhibitions include smaller events, often labelled as "for professionals", with greater interest (and price), such as a sideline of the Priorat and Montsant Fira del Vi (Wine Exhibition) in Falset: the Tast Presentació. In this case the top wines of ca. 60 wineries from Priorat and Montsant can be sampled just after leaving the barrels; in 2010 the wines from the 2008 vintage. All wineries complain that thewir wines should not be tasted yet, but all share the same problem and that evens things out. 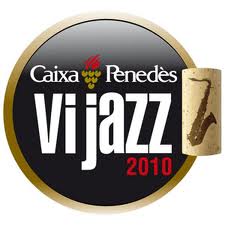 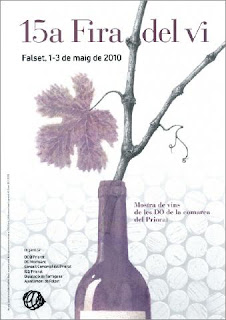 The Fira del Vi in Falset is similar to other DO events, held in the DO capital, like ViJazz in Vilafranca del Penedès, Mostra del Vi  de l'Empordà de Figueres , or Festa del Vi Gandesa (DO Terra Alta). They are often paired with other food exhibitions, like olive oil or cheese. Local restaurants are also on display. 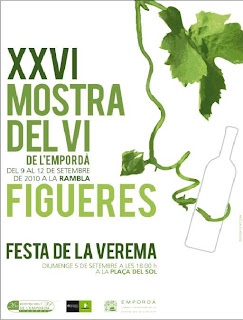 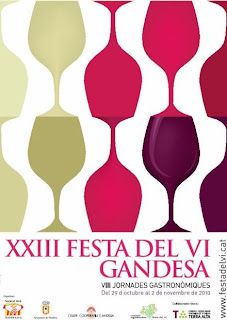 Other opportunities arise in the local festivities. I have already written about the event in my own town, Sant Cugat de Vallès (Wine in the cloister) and in many winegrowing villages a wine tasting is one of the highlights. I was recently in Porrera (DO Priorat) for the TastaPorrera (TastePorrera) where over thirty wines of sixteen local producers could be tasted. 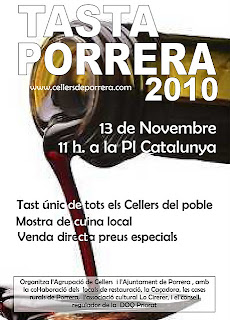 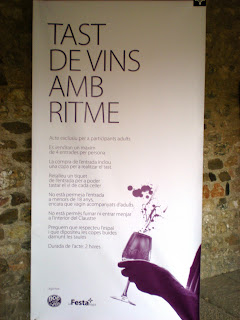 There are also specific wine festivities, especially around grape harvest. One of the nicest is Poboleda’s Festa de la Verema a l’antiga (Old Way Harvest). Apart from actually harvesting and treading grapes (a method no longer favoured by Poboleda’s wineries), more than 25 Priorat wineries offer their wines from the large halls of the beautiful houses that line the Carrer Major (High Street). 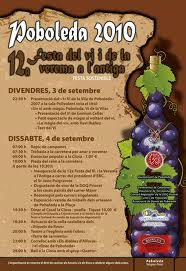 And then there are focused events, like the Fira dels Vins de Torrelles de Llobregat, with many small, organic producers. 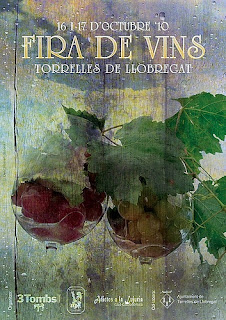 Needless to say, these are not opportunities for what I may call scientific wine tasting, but wine must be seen as a source of happiness and merriment, and it is good to let go of the tasting notebook and just enjoy the infinite variety of the fermented grape juice and the sound, enthusiastic people that perform the miracle.
I would like to close this post with a wish of happiness and luck (and nice wines!) in 2011 for all of you that have taken the time to go through my clumsy prose and travel with me in this exciting adventure in the net. Thanks for your support and till next post.

Jean León: from Santander to the White House

In 1941 a terrible fire turned into ashes most of the centre of the city of Santander, located in the Atlantic coast of Spain. The Carrión family, all its property lost, had to emigrate to Barcelona. A few months later, the father and the eldest son died when their boat was torpedoed.
In this difficult environment, the remaining family struggled along somehow, and in 1947 young Ceferino packed his meagre belongings and left for Paris first and then stowed himself away to New York. One step ahead of immigration authorities, he crossed the US till he reached Hollywood. He enlisted in the Army and served in the Korea War. He then obtained US citizenship and started working as a waiter in a famous Italian restaurant, Villa Capri. As a finishing touch he changed his less than glamorous name  of Ceferino Carrión to Jean León.
He made good friends in Villa Capri; to start with, the owners, Frank Sinatra and Joe DiMaggio, to whom, according to some reports, he provided with an alibi when they assaulted a suspected lover of Marilyn Monroe, married at the moment to the baseball superstar. This was one of the shadowy moments of Jean León’s career, marked by the friendship with the Sinatra clan.
Aided at first by James Dean, and in spite of the young actor’s untimely death, he opened in 1956 his own restaurant in Beverly Hills, La Scala. Very soon the place was a favourite of the Hollywood star system, with some actors even dining in the kitchen if there was no table available.
In 1962, in another sensational moment of his career, he served a take away dinner to Marilyn Monroe in her own house. The next morning she was found dead. Jean León never commented on what or whom he saw there.
At the same time, Jean León was a very discerning wine lover, and he wanted to craft his own wines to match his recipes. So he started searching world wide for a suitable place to establish his winery. Finally in 1963 he settled in a 150 hectare estate in Torrelavit, Penedès. In another bold move, he replanted most of the land with Cabernet Sauvignon, Merlot and Chardonnay reputedly bought (others say stolen) from Lafite-Rothschild and Corton Charlemagne. This was unheard-of in Penedés at the time-he became arguably the first to plant foreign varieties in Catalonia. He hired a gifted young oenologist, Jaume Rovira, who built the winemaking facilities in the middle of the estate, following the pattern of Bordeaux chateaus, and they started production.
His wines, always a limited production, steadily improved as vines aged, and were, for instance, served in 1981 in the celebration of Ronald Reagan’s accession to the White House, one of the five US presidents he got to meet.
Cancer claimed Jean León’s life in 1996 as he was sailing in Thailand. A few years later, the giant Torres bought the state and has continued with a similar philosophy; in fact, Jaume Rovira is still at the helm. 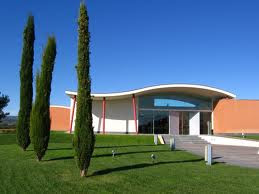 The property is generally oriented towards the south, with a gentle slope and an average height of 300 m. Soils are sandy, with limestone and clay in variable proportions; this is a vital factor in the comparative quality of the different plots. The four main vineyards are:
Wines presently produced start with Magnolia, the introductory range. The white, Magnolia Blanc, is Chardonnay/Xarel.lo, lightly oaked, young and fresh. Magnolia Negre is Cabernet Sauvignon / Merlot, also lightly oaked, fruity, to be drunk still young.
Next comes the oak fermented Chardonnay from the best grapes from the Gigi plot. Five months in oak and six in bottle round it off.
The Merlot spends 12 months in oak and 6 in bottle before leaving the cellar and offers the red fruit aromas typical of the variety.
Cabernet Sauvignon Reserva spends 18 months in oak and 24. The last I tasted gave me the impression that perhaps a little less barrel would have produced a more lively wine; it tasted tired. Wrong bottle?

Selected Cabernet Sauvignon grapes from La Scala plot are used for the Cabernet Sauvignon Gran Reserva, aged for 25 months in barrel and 36 in bottle. The label is specially designed each year by a different, well-known artist. The wine is dark red, with the ochre overtones of long ageing, tertiary aromas of toast and spice. Wide, well structured.
And last of all, Zemis is a special blend of the three red Bordeaux varieties, with 20 months of oak and striving for balance and that elegance that Ceferino had in himself and showed as Jean León.

As early as in the 14th century, records in Latin show that a Bernardus Leopardi owned vineyards in the present Llopart estate. Wheat and olives were grown there, too, until by end of 18th century the Llopart family focused on wine. One century later, they were among the first to start Cava production, but emphasizing quality over quantity. To this date, and after more than 600 years, this remarkably resilient family continues to do what must be engraved in their DNA, like the leopard’s spots. 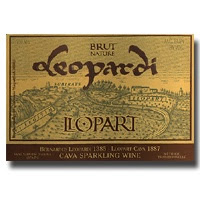 The Llopart estate is located in the hilly countryside south of Sant Sadurní d’Anoia, the Cava capital, and within the boundaries of the village of Subirats. Its 60 hectares of vineyards have been divided into 3 sub zones according to microclimate and soil features. They have an average altitude of 340 m and enjoy, being protected from harsh North winds by the Montserrat massif, mild winters and sunny, not excessively hot summers. The vines receive an average 500 l / m2 of rain per year.
Soils are generally poor, a mixture in different proportions of sand and lime, with clay here and there. Farming methods are reportedly organic, although there is no official certification.
The main varieties used are the three classical for Cava, Parellada, Xarel.lo and Macabeu, plus Chardonnay, Monastrell, Pinot Noir, Subirat Parent, Garnatxa negra, Cabernet Sauvignon, Merlot and Ull de Llebre. Grapes are picked by hand and selected in the vineyard. Thus Llopart produce yearly ca. 450’000 bottles of eight Cavas and three still wines.
Still wines, under the DO Penedès label, are two whites, the Clos dels Fòssils (Chardonnay / Xarel.lo), and the Vitis (Xarel.lo, Subirat Parent / Muscat); and one red, the Castell de Subirats (Merlot / Ull de Llebre / Cabernet Sauvignon).
But the star in Llopart is Cava. Cava production follows, as it should, the traditional (aka Champenoise) method of second fermentation in bottle, closed with crown caps. Yeasts are local. Riddling is done manually, and degorjat mechanically (you may want to read my previous post about Cava production Is Cava a Catalan wine?). Degorjat date is not explicit, but the batch number is composed of the degorjat month and the last digit of the degorjat year. Most bottles show the vintage year.
Nèctar Terrenal Reserva is one of the few sweet (in fact a semi-dolç) quality Cavas available, made from 50/50 Xarel.lo and Parellada with 18 months of aging, and appropriate for dessert. 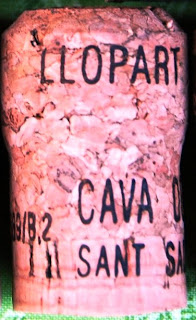 Llopart Brut Nature Reserva is the workhorse of the firm: Macabeu, Xarel.lo, Parellada and Chardonnay 30/40/20/10, and 26 months of bottle give a fine, elegant and versatile Cava.
Rosé Cava is on the rise, and Llopart offer two different examples: Llopart Rosé Brut Reserva, from Monastrell, Garnatxa negra and Pinot Noir 60/20/20, and 18 months in bottle; and Microcosmos Brut Nature Reserva: Pinot Noir and Monastrell 85/15 kept for 24 months in bottle.
The Llopart Integral Brut Nature is the lightest of the range. Parellada, Chardonnay and Xarel.lo 40/40/20 and 18 months of aging render a lively, flowery Cava most suited to be drunk by itself or with light tapas.
Last but not least, three Gran Reservas complete the choice. Their long ageing shows in the tertiary aromas of bread and toast, and creamy feel. They are fit for pairing with a full meal, however strong it may be.
Llopart Imperial Brut Gran Reserva comes from Macabeu, Xarel.lo and Parellada, 40/50/10, and 15 % of the base wine has been aged in oak. 42 months aging in bottle. 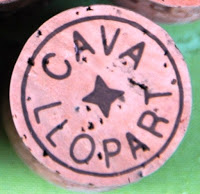 Leopardi Brut Nature Gran Reserva has Macabeu, Xarel.lo. Parellada and Chardonnay 40/40/10/10, with 48 months in bottle.
Ex vite (from “Ex vite vita”, Latin for “Life comes from the vine”) Brut Gran Reserva  is the top wine of the house, coming from old Macabeu and Xarel.lo vines (40/60) carefully selected fruit. Base wine partly aged in oak and wild yeast selection. Expedition liquor based on 19th century recipe. All this to produce 5’300 bottles that age for over 60 months to yield a golden wine with small, slow bubble, complex nose and long finish.
What will the Lloparts be doing in 600 years’ time? Guess my bet? 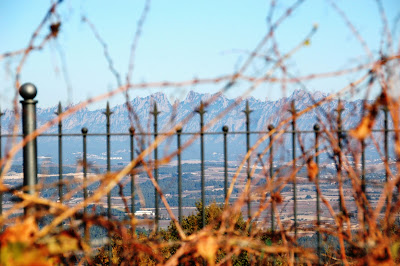