DO Montsant: up and coming

The DO Montsant was defined ten years ago as a solution to the issue posed by a number of villages (actually seventeen) encircling the prestigious DOQ Priorat yet included in the much less glamorous DO Tarragona. These villages had already a defined personality, recognized with a subzone denomination (Falset) but the quality differential with the rest of the Tarragona DO finally led to the creation of the DO Montsant.
Wine has been produced in the region since Roman times, but the monks of the Scala Dei priory gave a major push to winegrowing in the late Middle Ages. Phylloxera, as everywhere in Catalonia, all but destroyed the wine industry, but in Montsant the cooperative effort managed to bring back wine production to acceptable levels. Now some of these cooperatives, led by the example of Capçanes, are making significant strides in the race for quality. Many of the other wineries in the zone are small (perhaps 20’000 bottles per year), family owned and in the hands of young, enthusiastic people that have decided to remain in the country rather than depart for the big cities. 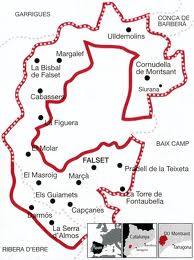 Montsant vineyards, between 200 and 700 m above sea level, present a wealth of microclimates due to the hilly terrain. Yearly rainfall is about 500 liters by square meter as an average, and concentrated on spring and autumn. Winters are cold, and summers hot and dry. In summer evenings wet sea breezes bring precious moisture that, combined with a big temperature difference between day and night, ensure optimal ripening of the grapes.


Altogether there are 2’000 hectares under vine, with an average production of 10 million kg of grape. Some fifty wineries are active. Evolution of sales since the establishment of the DO has been astonishing: in 2002 only 10 % of the wine was sold bottled; in 2008, 78 %, one third in Spain and two thirds in international markets, mainly Germany, France, UK and the US.


95 % of wine produced is red. Reds are usually dark and concentrated, while whites can be young and crisp or oak aged, with more structure and complexity. Fruity rosés are sourced largely from Garnatxa negra. 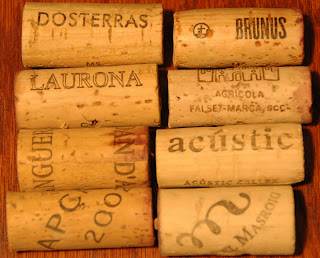 Noteworthy are the rancis and mistelas. Rancis are brown, nutty wines that undergo oxidization in the oak casks for years. Mistelas are produced adding alcohol to unfermented must and aging in oak, sometimes with sherry-like solera systems. These can be perfect wines for aperitif and dessert.
My favourite Montsant wineries:
Some outstanding wines are produced in very small wineries (for instance, Espectacle) and some interesting producers only have one or two wines (as Laurona).