Alella Vinícola is the historic reference of the Alella DO. It was founded in 1906 as a cooperative in the wake of the Phylloxera disaster. A cellar was built in the Modernist or Art Noveau style by the architect Jeroni Martorell. 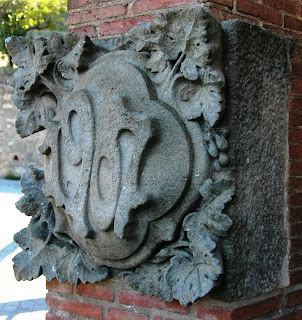 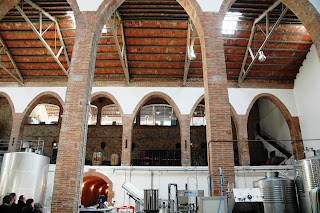 The coop gradually incorporated some 90 % of the vines on the Alella village, and acted as an avant la lettre regulation council, defending the prestige of Alella wines and fighting counterfeiting, that became rife after receiving the King of Spain’s seal of appointment in 1928. In this time Alella white was branded “Marfil” (“Ivory”) because of the colour of the wine. 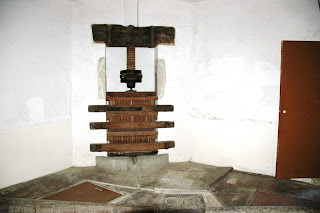 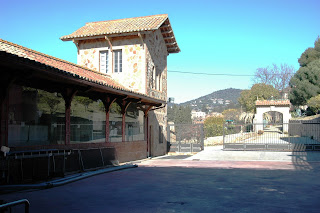 After Spanish Civil War, production, trade and counterfeiting resumed as usual until in 1953 the Alella DO was created. In the meantime, Jeroni Martorell had effected an enlargement of the winemaking facilities. The boom continued well into the 70’s, when large scale housing project started to eat into the vineyard surface and vinegrowers settled for the easy money of selling their lands. Grape production declined from ca. 3 million kg to around 200’000 kg. 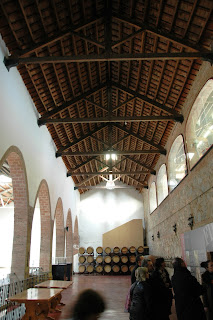 The coop struggled for survival in the 80’s and 90’s, with timid attempts at modernization, but nothing important changed till 1998, when it was sold to private investors.
Since then change rhythm has stepped up. Vines were planted, winemaking facilities improved, bottles and labels changed, and new wines have been introduced or, in some cases, recovered from the past. More on that later. 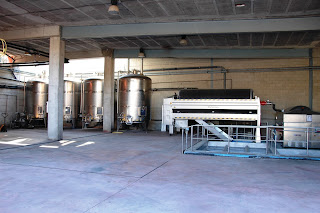 Not surprisingly soils and weather are those typical for DO Alella: sandy and comparatively dry in terms of rain, but with wet breezes blowing inland from the sea.
Plots and grape varieties are allocated as follows:
All these lands produce 80 % of grapes used: the rest is sourced from some of the former cooperativists, which have had to adapt their farming methods and gear them towards quality and organic principles.
Grapes are collected manually in 25 kg boxes and refrigerated till processing. Stalks are taken back to the vineyards: production is not fully organic…yet. 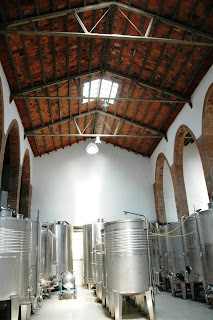 White wines have been the specialty of Alella. The Marfil Blanc Classic is 100% Pansa blanca and a wine very easy to drink, crisp, unctuous, with floral and white fruit aromas and a note of sweetness. The drier Marfil Blanc Sec has the same composition but less character. The Ivori Blanc is a more complex blend with Pansa blanca, Chardonnay, Garnatxa blanca, Sauvignon blanc and Moscatell, and oak aging.
As for rosé wines, they produce Mayla, an onion skin coloured blend of Pansa blanca and Syrah, fruity and with a hint of gas and Marfil Rosat, from Garnatxa negra and Syrah.
There are three reds. Marfil Negre, Cabernet Sauvignon, Merlot, Garnatxa negra and Syrah, and aged for twelve months in French oak. Ivori Negre, from Garnatxa negra, Syrah and Cabernet Sauvignon, from selected plots in the Rials Valley, and fourteen months in French oak. Vallmora, coming from old vine Garnatxa negra and over a year of oak.

As many other wineries, Alella Vinícola produces Cava; both Brut and Brut Nature Marfil. But more original are the sparkling wines under DO Alella, that differ in the elaboration: first fermentation is stopped by cold before sugar is completely used up, and resumes in the bottle. Besides, there are two of these wines made from Garnatxa negra, unusual in sparkling: Marfil Escumós Rosat Brut and Marfil Escumós Blanc de Negre Brut. Both have the typical aromas of red fruits in a sparkling; a surprise. Also worth trying are the Marfil Escumós Blanc Brut Nature (Pansa blanca / Chardonnay) and Marfil Escumós Moscatell Dolç, a sweet dessert bubbly.
But perhaps the most personal wines are the soleras, made with this oxidative method. There are four wines. Two of them started their solera in 2003, reviving long-lost wines. Sweet Marfil Violeta is made from 100% Garnatxa negra and has indeed a cherry-violet colour. Marfil Molt Dolç, as his older brothers Marfil Generós Semi and Marfil Generós Sec, with soleras dating from 1976, are 100 % Pansa blanca and range from very sweet to dry, but always with balancing acidity that makes them very fresh in the mouth. The usual oxidative aromas of dry fruits together with chocolate, toast and citrics are predominant in the nose.
Alella Vinícola is becoming very active in the Enotourism sector, with special visits, a restaurant located in the winery, and above all collaboration with the Cella Vinaria, a former Roman settlement with winery where wine production as Romans did it is being reconstructed.
For me, Alella Vinícola is right now interesting especially for its Marfil Blanc Classic and its soleras. Also the DO Alella sparklings show potential. The other wines are nevertheless good value and will probably develop when vines are older. I also expect them to take more advantage of existing old vines that can surely yield wines with greater appeal.
http://www.doalella.org/index_eng.php
http://www.crcava.es/catala/flash.html
http://www.alellavinicola.com/ang-inici.htm
﻿
Publicado por Juan Massana en 22:32